The technical guidelines of the BSI specify that the SMA (Security Module Application) must run in this operational environment.

According to the information we have received from the bidders' questions, all servers and all cash desks are in the operational environment of the integrator. Therefore both architecture scenarios can potentially be implemented, the direct integration of the SMA into the POS software as well as the provision of SMA servers in the LAN of a branch.

The CSP components that generate the signatures are provided by fiskaly in their cloud.

The Software Development Kit (SDK) is provided by us. It consists of:

The SDK is provided by us for various platforms and operating systems, including Linux, Windows, MacOS, Android, iOS, for 32 bit or 64 bit architecture.

The source code of the SDK is also made available, e.g. for Java, .Net, Node.js. An overview of the clients and SDKs released at the time can be found at github.com/fiskaly.

On request, we are also happy to convert implementations for other platforms or languages.

The SDK with the SMA is located at host A. The data to be protected is forwarded to the SMA via the SDK. The SMA is responsible for transmitting the data to be protected via a secure channel (TC, trusted channel) to the remote CSP on host B. The CSP creates the required signature values and reports them back to the SMA. From there, the data that is now secured is transferred to host C and persisted. Host C provides the interfaces of the TSS and the memory.

Data volume for a transaction#

The data volume for a transaction depends on the payload to be signed, but it is very low across the board.

The complete protection of POSLog transactions has the advantage that other services such as archiving or accounting can process the transaction data.

Example of a payload: Minimum data of the attribute processData for a processType "cash voucher" according to the field specification of DSFinV-K Beleg^123.45_67.89_0.00_0.00_0.00^111.11:Bar_80.23:Unbar. It can be assumed that 1 kB - 256 kB of e.g. data are transferred per transaction. Depending on whether it is a cash voucher, a purchase order (long-lasting transaction) or another transaction.

Due to our asynchronous architecture the bandwidth can be very low, e.g. via ISDN. To complete a transaction, however, you must wait for our system to respond. Here, the latency of the network is the limiting factor, since the data to be transmitted takes up a very small volume. 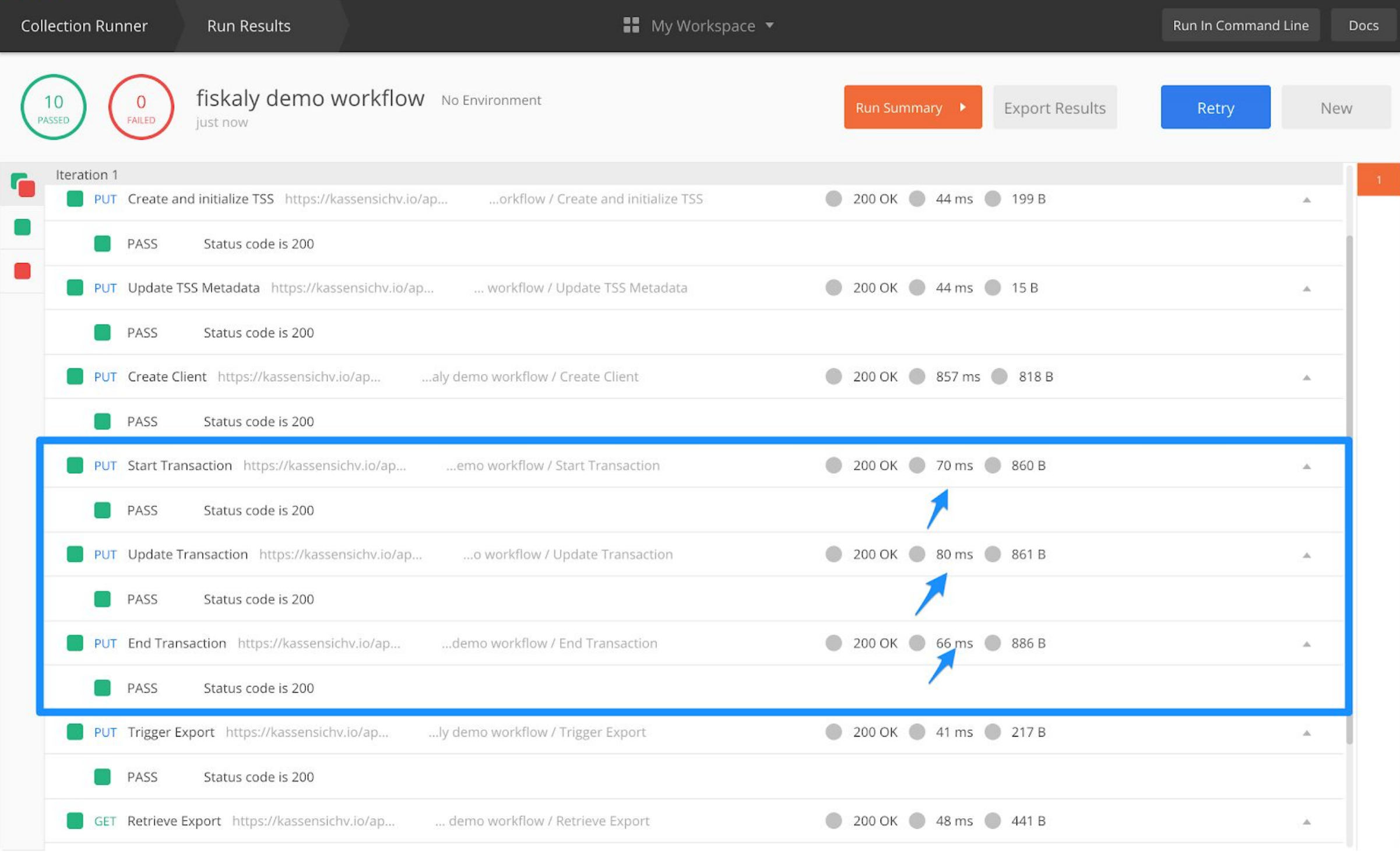